Cover Reveal
due from
Abrams Books for Young Readers
March 2014 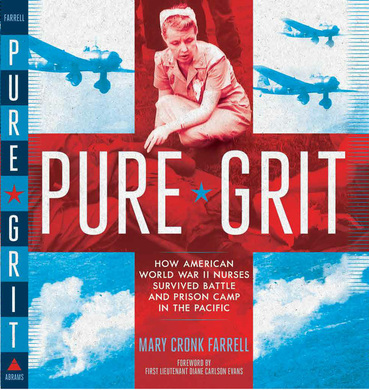 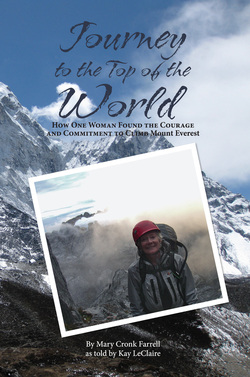 Click book cover to Buy Now.
"I lie awake thinking of home. Out-side, winds roar across the face of the mountain, smashing my tent flat against my face. I turn over and burrow deeper into my sleeping bag.
Someone shouts outside. "Get up! Pack your gear." One of the guides thrusts his head through the tent flap. "You have to get out of here," he yells. "The tent is going to shred."
The journey begins.

Read the amazing story of one woman’s courage and determination to overcome fear, poor teamwork, injury and life-threatening storms to become the oldest American woman* to climb the Seven Summits, the highest mountain on each of the seven continents. Kay LeClaire reached the top of Mount Everest at age 60.
*in May 2009 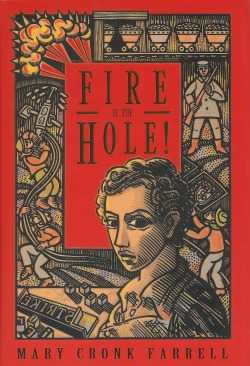 Exciting, riveting history - that's what you will find in "Fire in the Hole." Written for young adults, this first book by former journalist Mary Cronk Farrell tells the story of the violent clash between union and "scab" silver miners in northern Idaho a century ago; the appeal is strong for readers of all ages.

Historical fiction at its best, the book sees the miners' wrenching struggle through the eyes of 14-year-old Mick Shea, son of one of the radical and frustrated union employees. The story poses immense problems that build and build through rapid, page-turning sequences. For
certain, you will learn a huge amount
Click on book to BUY Now.          about a true, almost unbelievable
standoff between African-American federal troops that were called in and the striking men who mined for silver in the Coeur d'Alene area.

You will empathize with a sensitive boy whose entire family is faced with deplorable treatment and even death itself as they battle for what they believe are their rights - the antagonistic father fighting for more money from the mine owners - the son fighting for his right to an education and a chance to choose a life outside the mines, which he has come to hate.

This book definitely is one of those can't-put-it-down reads - well written, fast paced and highly informative, to boot. Guaranteed.

The Spur is awarded annually for distinguished writing about the American West and is among the oldest and most prestigious honors in American literature. 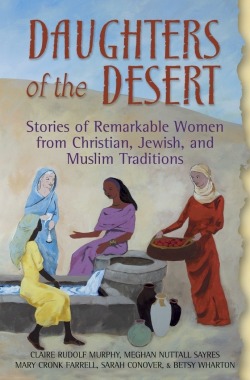 This groundbreaking collection of short stories brings to life the women—daring, brave, thoughtful, and wise—who played important and exciting roles in the early days of Judaism, Christianity, and Islam. The stories take an imaginative perspective, filling in between the lines of scripture, history and tradition, and offering role models of faith for young women today. Readers will meet eighteen women including Eve, Sarah, Hagar, Miriam, Esther, Mary Magdalene, Khadija and Aisha.
Ages 10 to adult  Reading guide available

Click on book to BUY NOW.
Publishers Weekly - “The device of using short stories to better establish these women’s characters and spiritual motivations works well and should appeal to a wide audience.”

Montreal Anglican- “At the hands of its authors there is nothing arid about the desert or the dedication of the women ‘daring, brave, thoughtful and wise.’”

WWW.Childrenslit.com- “…will be appreciated and enjoyed by young people of faith, young feminists and also by comparative religion students….”

Booklist - “An interesting way of showing how three religions spring from the same sandy landscape.”

Association of Jewish Libraries Newsletter- “Recommended for middle school and above as a starting point for discussions of the role of women in religious communities.” 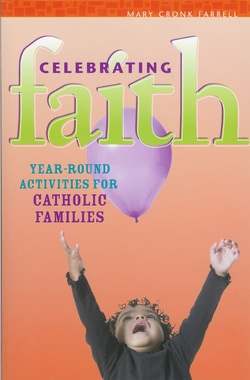 This book seeks to provide you with practical help in teaching your children Christian values and fostering faith in everyday family life. Chapters offer ways to celebrate the church’s liturgical year, as well as secular holidays. You will find simple explanations of the church seasons and major holy days. Scripture readings, simple prayers, rituals and activities are suggested throughout, as well as true stories from family life meant to inspire, encourage and offer food for thought.
~~Non-Fiction, Religion, Family Life,  190-pages, St. Anthony Messenger Press, Paperback $12.00
Click on book to BUY NOW.