What is it?
Three authors, six cities, six weeks.
If you live in the NW we'll be visiting a bookstore near you with our latest releases, book and movie survival trivia, prizes and  stories of resilience, courage, adversity and triumph. Hope to see you soon! 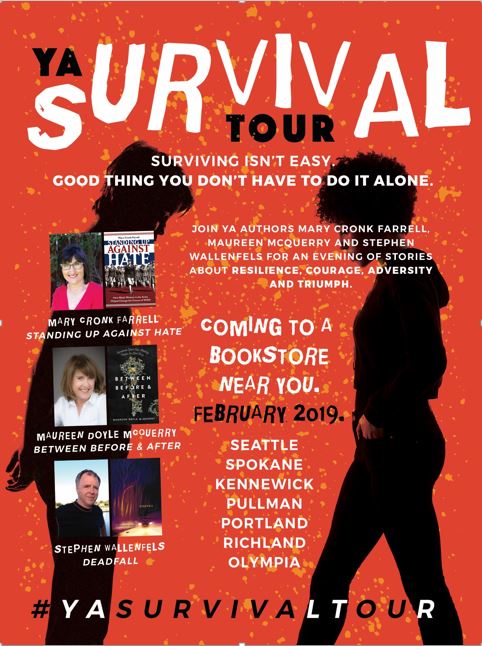 ​Fannie Sellins faced off against powerful corporations, galvanizing workers to strike for fair pay and safe work. She confronted anti-immigrant prejudice and advocated non-violent action. When company-hired gunmen threatened her life, she refused to leave the picket line. Fannie died in a hail of bullets in broad daylight before a crowd of witnesses. No one was ever brought to justice for her death.
​
American WWII Nurses survived four months on the front lines of Bataan and Corregidor before their capture by the Japanese Army. Then, in POW camp they nursed others through disease and starvation. How did they survive three years in captivity? PURE GRIT, the little-known story of these American heroines will make you proud. Come learn how courage comes in the darkest places.​
Saturday, April 8, 2017
​Moscow, ID
BookPeople of Moscow, 521 South Main
11am-12:30pm
First Impressions Count
A Workshop sponsored by the Inland Northwest Society of Children’s Book Writers and Illustrators
​
From agents to editors to readers—your first impression key. Whether you’re writing a novel, nonfiction, short story, graphic novel or picture book, your first few pages must introduce character and conflict, provide clarity and suspense, make a promise and hook your reader.

Join us for this progress-focused interactive workshop. Bring the first 750-words of your manuscript or book proposal and we’ll scrutinize language and structure for these essential elements, tackle exercises to improve voice and tension, plus, clarify place, time and mood.

Following the workshop SCBWI Regional Advisor Mary Cronk Farrell will host an informal Q & A about all things Children/YA publishing. Mary is an award-winning author of both fiction and nonfiction for young people. Learn more at: InlandNW.SCBWI.org 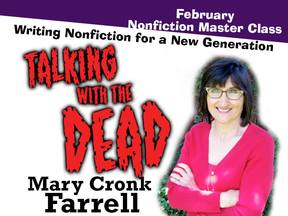 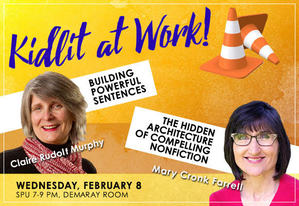 Tuesday, March 24, 2015
Cheney, WA
Cheney Public Library, 610 First Street
7-8pm
PURE GRIT Book Discussion Group. Everyone Welcome! We'll be talking about the WWII POW nurses featured in my book and how they survived three years in Japanese prison camp. Do you have a military nurse in your family tree? Come share your story.
Saturday, Jan﻿uary 10, 2015﻿
﻿Spokane, WA
Daughters of the American Revolution
9:30 am St. John's Cathedral
I'll be talking about the ﻿WWII POW nurses featured in my book PURE GRIT and showing historical photos.﻿
﻿Tuesday, January 13, 2015﻿
Seattle Children's Hospital
I'll be meeting with Emergency Room Nurses on retreat to reflect on their vocation and bond with one another. Every day these nurses care for children who come into the ER, often in critical condition.
My part is to share the courage, resilience and commitment of the POW nurses I researched for PURE GRIT. I'm honored to be a small part of this effort by these nurses to process the demands of their job and return to their important work with renewed purpose.