​"Smooth, engaging writing nimbly...putting readers directly in the action beside Leroy."
"Farrell blends Leroy’s experiences and achievements in Vietnam with historic details, information on combat action and shifting attitudes toward this war, and fascinating insights into the world of freelance news photography.
Quotes, letters, and photos by Leroy appear in each short chapter, bringing her feisty personality to life as well as describing the troubles she faced as one of the only women photojournalists working at that time. Smooth, engaging writing nimbly avoids the doldrums of stats-saturated reportage, taking a human-interest approach to the war and putting readers directly in the action beside Leroy.
Later chapters, an epilogue, and an author’s note discuss the photographer's life and career after the Vietnam War and her general obscurity today as a result of her gender.
Source notes, image credits, and a bibliography speak to Farrell’s diligent research into this inspiring but under-recognized woman’s life.
​

"... well-contextualized, quick-moving biography...offering an intimate glimpse of the photographer’s personal observations and needs amid discussions of the war and of Leroy’s actions in Vietnam, which include proving herself again and again to male colleagues and the U.S. military, and risking injury while documenting air strikes."
Order your copy now! 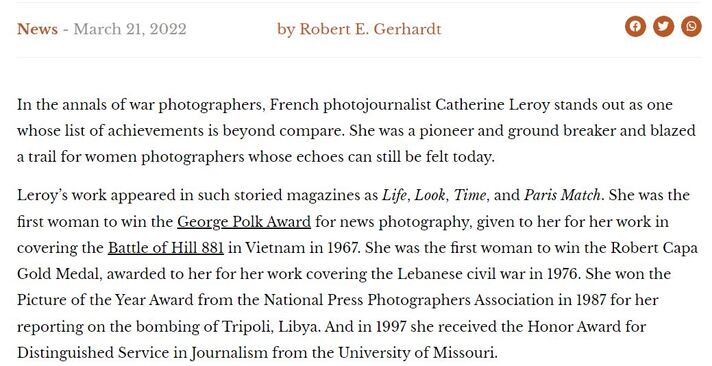 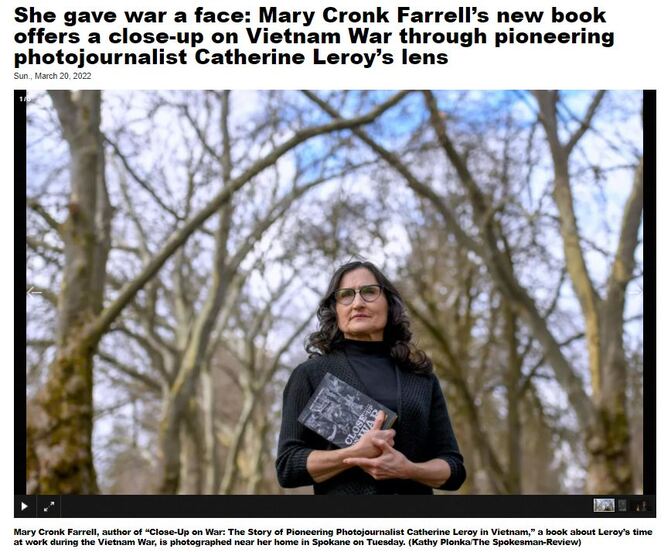 Read the full article in The Spokesman-Review here... 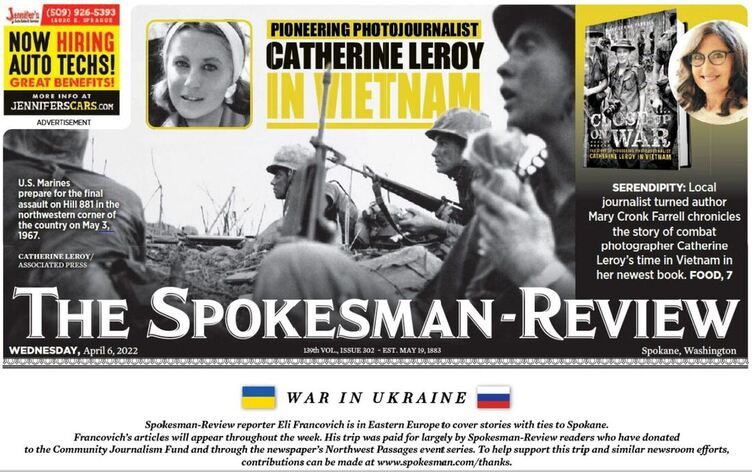