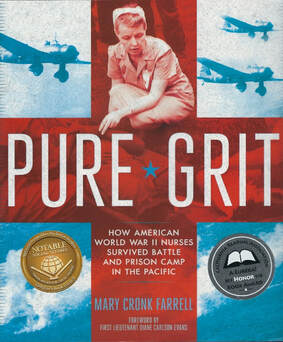 Nine hours after the Japanese bombed Pearl Harbor, they attacked American bases in the Philippines. One hundred American military nurses stationed at those bases were hit with an on-onslaught of wounded and dying men--but the women had never been trained in combat medicine!

They had deployed to the Philippine Islands to enjoy a life of ease in a tropical paradise. The Army and Navy nurses rose to the occasion and learned combat nursing while bombs exploded around them.

​When American forces retreated into the jungle, the women went ahead and set up combat hospitals. They were the first large group of American women ordered into combat. When American forces eventually surrendered on Bataan and Corregidor--the women were captured by the Japanese and 77 of them spent three years in prison camps before being liberated by General MacArthur's men in 1945.

The last nurse alive, Mildred Dalton Manning, was interviewed by Spokane Author Mary Cronk Farrell for this book.  Manning died this past March at age 98. PURE GRIT tells the story of Manning's and the other brave women's survival, through interviews, diaries, documents and rare historical photos. Two of the nurses lived in Washington State. The little known story of their courage and sacrifice is finally told.​Mary Cronk Farrell’s informative, sometimes upsetting book follows a group of U.S. military nurses who had been stationed, quite happily, in the Philippines before Pearl Harbor. “

​ had no idea there was going to be a war,” one later lamented. “That’s how naive I was.” ​Read more...
Kirkus Reviews: "A fine purchase for young-adult--and adult--World War II collections that illuminates a previously unexplored aspect of the war."  Read more...

"Grit" scarcely describes what the heroines of this stark chronicle of wartime military service demonstrated. Farrell (Fire in the Hole!) lays bare the experiences of Army and Navy nurses who enlisted for peacetime duty in the Philippines, caring for military families at base hospitals. Their jobs and lives drastically changed when the Japanese invaded the country after attacking Pearl Harbor, thrusting the nurses into...click to read more 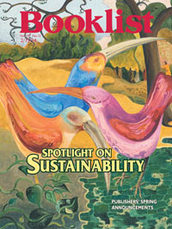 "Well-chosen quotes from interviews, personal accounts, and articles bring their voices into the story, while the many period photos offer intriguing glimpses of the war, the camps, and the women’s later lives. At times the narrative is nearly overwhelmed by the sheer number of experiences recorded and women profiled. But in the end, the details of many nurses’ individual trials combine to form a memorable portrayal of their shared experience, one which will emotionally impact readers." — Carolyn Phelan 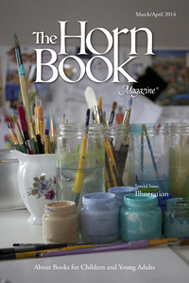 There are many books written about young people enlisting in the military, being unprepared for the horrors of battle or tortures of capture, serving bravely, and coming home.


﻿﻿But women? In direct fire? In POW camps? During World War II? Not so many, a void Farrell admirably fills﻿﻿ with this account of the more than one hundred army and navy nurses who served in the Philippines during the bombing and evacuation of Manila, the Battle of Bataan...Read more
Through the Eyes of Women Radio  on KHSU FM
Women's Views, Women's Issues, Women's Lives
Author Mary Cronk Farrell has once again given her readers a long, historic and passion filled chronology of a distinct American event.  Mary tells the story of 80 women who served in the Army and Navy Nurse Corps and were prisoners of war once Pearl Harbor was bombed. Their capture, survival and ultimately recognition from a grateful country defy imagination. Pure Grit honors these courageous women with compelling tales of their strength, compassion, kindness and unbelievable spirit. Read more...﻿

Steve Sanders interviews me about how the food supplies dwindled in the POW camp until the nurses were receiving only 500 calories a day. So weakened by starvation they hardly had the strength to climb a stair step, the women continued nursing others in the camp hospital. Video no longer accessible here to see PURE GRIT on WGN-TV Midday Fix.
KGO 810 News/Information
San Francisco, CA,  January 19, 2014
The Pat Thurston Show
Audio no longer accessible here to listen to Pat's interview with me covering the nurses before the war, their experiences in POW camp and betrayal when they came home to the United States.
Kababayan Today America's daily talk show for and about the Filipinos featured PURE GRIT on it's Day of Valor broadcast. Watch here...


I read two books this weekend, one Stella Bain, fiction by Anita Shreve and Pure Grit, non-fiction by Mary Cronk Farrell. Both books dealt with the same subject: women and war. One book had the objective to entertain the reader and the other to tell the true stories of women and combat. Both books were about women who go to war as healers and caregivers—nurses.  Read More... 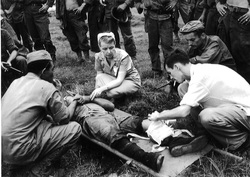 
In her new book, local author Mary Cronk Farrell writes of the unsung female heroes of World War II....As she entrenched herself in research, Farrell heard story after story that horrified her — tales of bombings and mass carnage, of violence and steadfast courage. She found out that even as bombs were falling around them and bullets were flying past, these World War II nurses never wavered from their compassion. Farrell was floored by a photo she found in her research of a young Japanese soldier receiving care from American nurses.

"They were in the middle of combat. ... They didn't have guns and they were nursing the enemy," she says. "I'm not saying they loved it. They didn't. They did not. It was hard for them — but they did it because that's who they were. Read more...

New Writing Podcasts with Author magazine on BlogTalkRadio
ON THE VERGE
﻿Recreating a Living, Breathing History
﻿By Jody Casella


I'm so excited to feature Mary Cronk Farrell, the author of the new book Pure Grit: How American World War II Nurses Survived Battle and Prison Camp in the Pacific on my blog today. I recently read the book and I was blown away by it. The story is riveting--horrifying, heartbreaking, and somehow inspirational. And all the more so because it is true. What these women went through is incredible and how they managed to do their jobs during their captivity is even more amazing.  Here's Mary's take on some of the research-gathering involved in writing non-fiction:

I needed to recreate a number of different worlds for this book, none of which I had ever experienced myself. How would I make the sights and sounds of a combat hospital realistic? Where would I discover the smells of a tropical jungle? ﻿Read more...
Author of...
The writers behind great child﻿ren's stories –
from picture books to middle-grade, novels to non-fiction
By Kate Hannigan


March is not only Women's History Month, it's also National Reading Month. So what better way to celebrate the two than with a gripping read about some remarkable women at a crucial time in America's history. Mary Cronk Farrell's Pure Grit: How American World War II Nurses Survived Battle and Prison Camp in the Pacific (Abrams, February 2014) is designated for a third- to seventh-grade audience, but its appeal is much broader. I've talked about this title with parents and grownup friends as well as my own kids, and I simply cannot recommend this book enough. Not only does it detail the harrowing accounts of what these brave women went through, but it also looks at the frustrating treatment they endured upon return to the United States. ﻿Read more....
Bookshelf
By Sue Bradford Edwards
"Like Louie Zamperini, known since the publication of Laura Hillenbrand’s Unbroken, these women became Japanese prisoners.  Their families received no word on whether they were still alive and they remained invisible to the outside world for several years." Read more...

Almost every page of “Pure Grit” features photos. Pictures of the nurses before the Japanese invasion show them enjoying their tropical locale, but the book also features grim combat photos that depict the horror and deprivation they endured..


While researching, Farrell said she discovered that their mission and sense of identity helped the nurses endure the brutal conditions of captivity. “They had a purpose,” she said. “They were caregivers and they continued to fulfill that mission. It was their commitment to nursing as a vocation that helped them survive.”

Although starving and sick, they continued to care for their patients in the internment camp. “We couldn’t give up,” said one. Read More...


Lt. Col. Edith Wimberly of Natchitoches Parish and Lt. Col. Hattie Brantley of Jefferson, Texas, were among the almost 80 U.S. military nurses captured during the fall of the U.S. possessions in the western Pacific in early 1942, women known to history as the “Angels of Bataan.” The two nurses, both now dead, feature in the book penned by award-winning journalist and author Mary Cronk Farrell.  Click to read more... 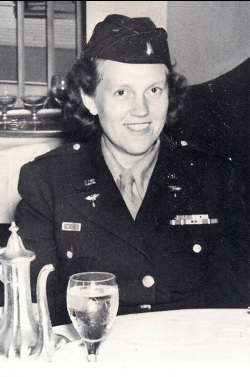 Bataan Peninsula captivity of ‘angel’ from Tacoma among stories featured in book
by adam.ashton@thenewstribune.com

Ethel Thor did not talk much about the three years she spent in captivity as an Army nurse in World War II, nor of the Japanese attack that started it all 72 years ago this weekend.

She’d say the men captured on the Philippines’ Bataan Peninsula suffered far more than she and the nearly 80 other female American military nurses who were taken prisoner in the war’s early days. She felt there was little more to say.


“We didn’t grow up around that,” said her daughter, Carla Kingsbury of Gig Harbor. “And even when we were adults, my mom just did not talk about it.”

Now, 11 years after Thor’s death, the stoic Tacoma woman’s days in captivity are coming back in focus through a Spokane author’s effort to share the stories of the so-called “Angels of Bataan and Corregidor.” 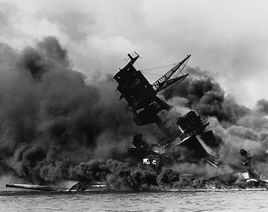 THE PACIFIC WAR
FROM PEARL HARBOR TO GUADALCANAL

Although General Douglas MacArthur was informed of the Japanese attack on Pearl Harbor nine hours before Japanese bombers struck at the Philippines, the commander of the United States Army and Air forces in the Philippines was paralyzed by indecision and ...read more
Author Nancy I. Sanders int﻿erviews me on Blogzone

Q: Mary, how do you hope to influence today’s young readers through this book?


A: I have so many hopes for young people who read PURE GRIT. First, I hope they will come to admire these women as much as I do, and that they will be inspired by the nurses’ courage and …read more
MetroKids.com
March 2014

Not a pretty subject, but it is perfect for Women’s History Month.....gripping photos combine personal snaps of the book’s subjects with wartime images of blank-faced Japanese soldiers, aerial bombardments and destitution in war-occupied territory. Author Mary Cronk Farrell makes a powerful antiwar statement in a book that adds nuance, if not a new dimension, to notions of heroism and women’s roles in history. Read more...